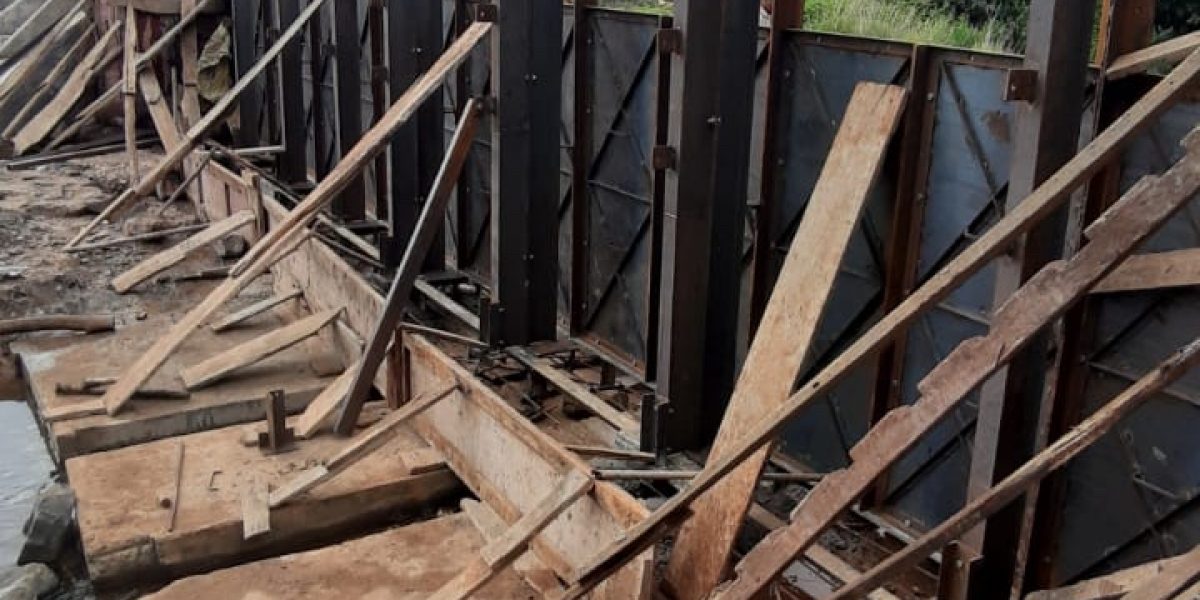 Neeraja embarked upon an ambitious Removable Bund (Bandhara) project in Kadwai village @ Sangmeshwar, Ratnagiri. However before I give details of the project, let me tell you all some information about Kadwai village.

There are 2 Muslim Mohallas in Kadwai – The larger one has about 350 homes and is located in the center of the village along the river bed. The other Muslim Mohalla is close to where our Bandhara was completed and would have @ 20 to 25 homes.

Along the periphery of the village, there are several Wadis (around 12 +) where people of different castes (if we can call it that) are living. Most of the inhabitants are from the Kunbi community, but there are also Buddhist and other local tribes. The population of Brahmins is less and living near the Bazar Peth area. Many of the local wadi residents are farmers or tradesmen. While the Muslim Mohalla residents are primarily seafarers.

Few of the famous people from the village are:-

Of the @ 5000 population of Kadwai, 25% would be the Muslim Mohalla Inhabitants, who are financially more affluent and primary land owners.

The villagers in had cleaned their river bed and installed three small removable bunds on that river. But with the support of Neeraja, they embarked upon this bigger removable bund project which will help 8 wadis becoming self reliant for their drinking water. 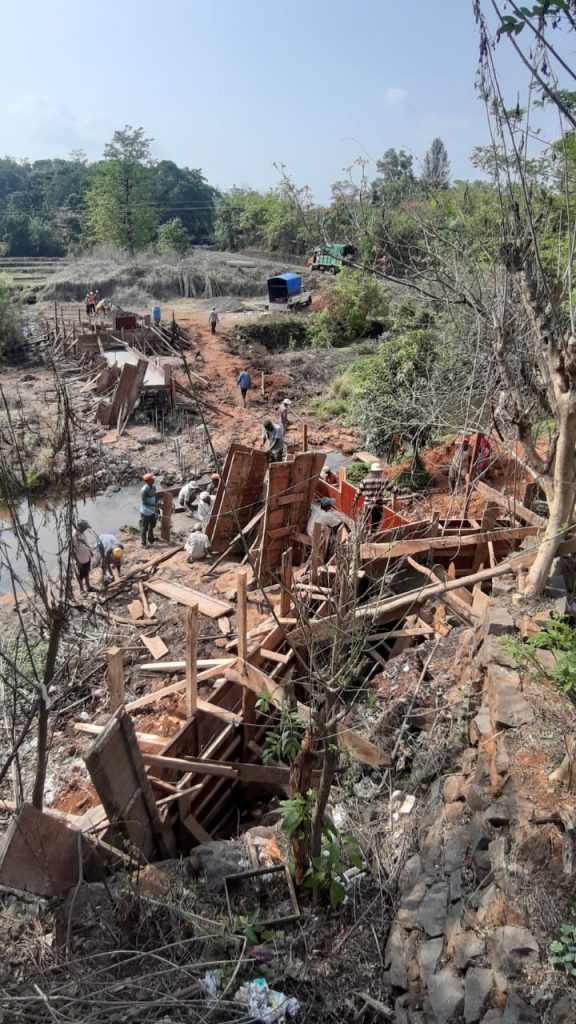 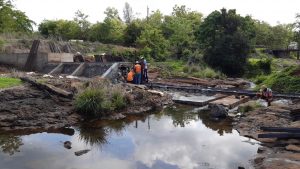 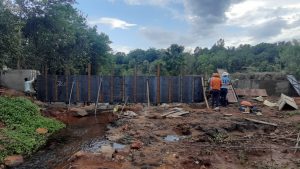 All plates have been applied with PU coating. This coat (product) is a Nano technology based Long term Rust preventive of Iron and steel surfaces. Additionally 2 coats of PU paint would be applied on all exposed steel surfaces including the steel plates and channels prior to phase 2 installation.

The phase 1 civil work and fabrication part of work was started on 16th May and was completed in record 2.5 weeks.

In the phase 2 some more civil and fabrication work along with aesthetics of the Bund will be undertaken.

This is planned to be taken up post monsoon in October/November. The plates will be fitted again at that time. This closing the gates will give us the evidence the open free flow of clean water… and subsequent dramatic rise of that water behind the weir.

These are 3 videos of the Weir Bund from its Downstream side, Upstream side and the Bund opening for the rainy season.

Today, the entire ecosystem is threatened by the pandemic. In such a unfriendly circumstances, normally, the project overruns are very common either in the expenses or in the completion time. Thanks to Dr. Ajit Gokhale, his execution leader Avinash Niwate, the villagers in Kadwai and Umalati Prithvi Foundation led by Mr. Irfan Chikte, Mr. Akhtarali Modak, Mr. Rizwan Sawant & Mr. Faruk Kazi to ensure that the project got completed in flat 18 days.

We also wish to thank all our well wishers, as without their support, this wouldn’t have been possible. 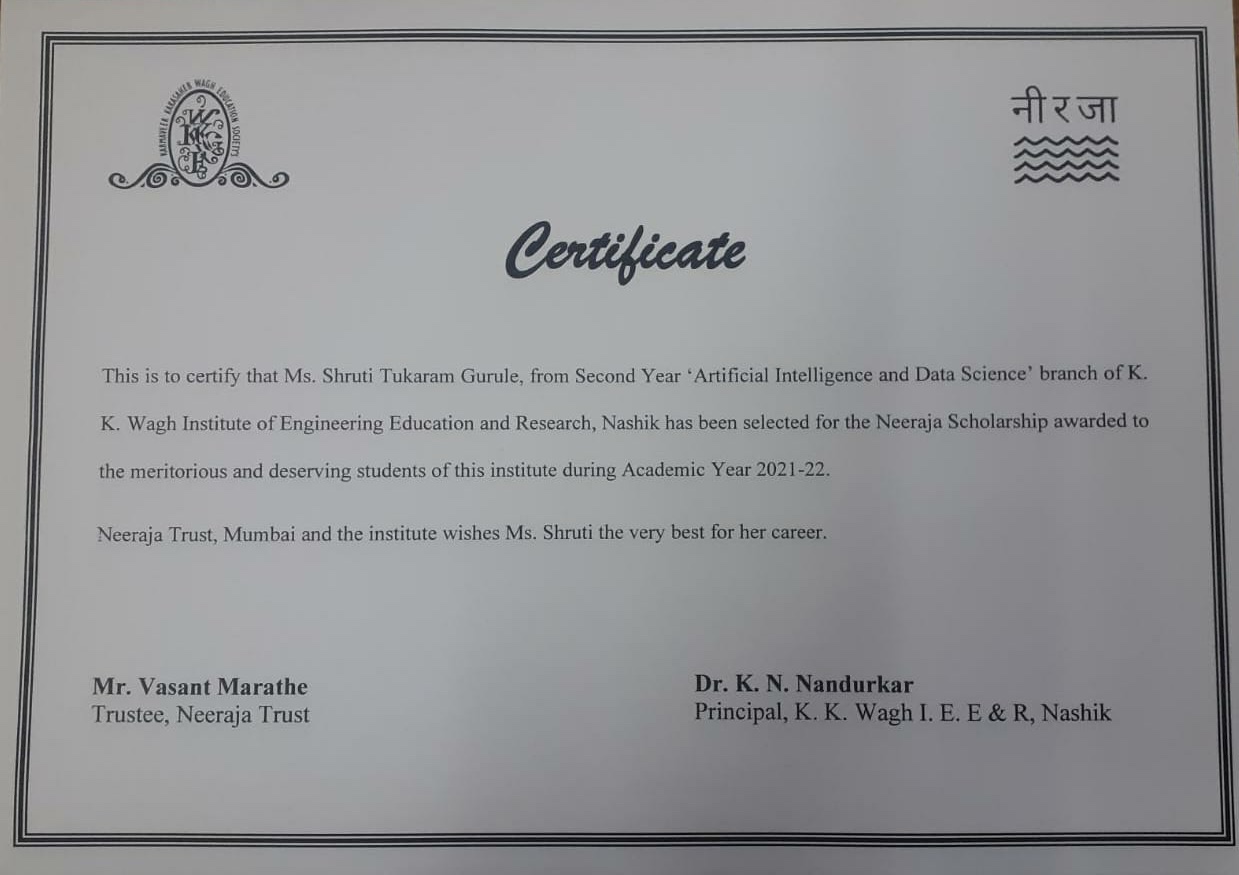 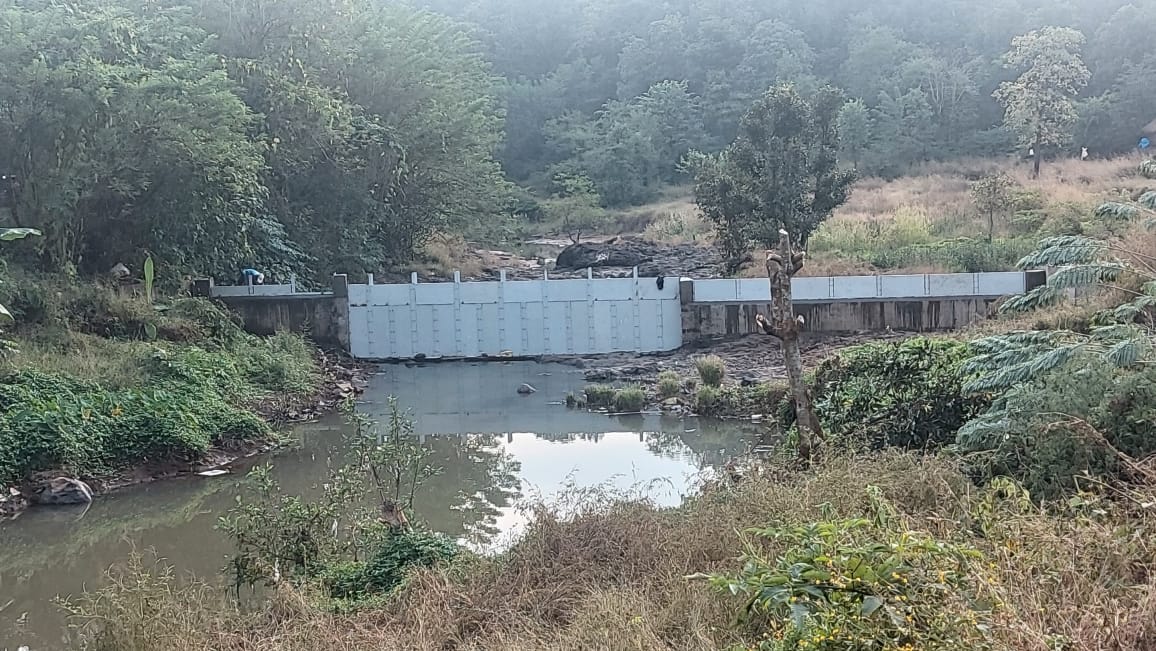 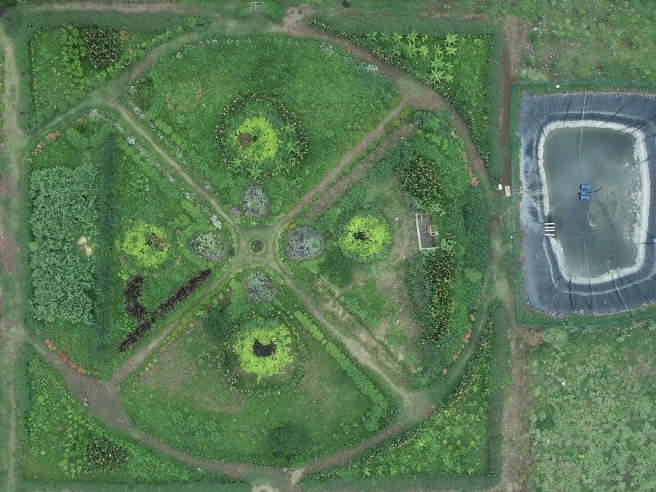 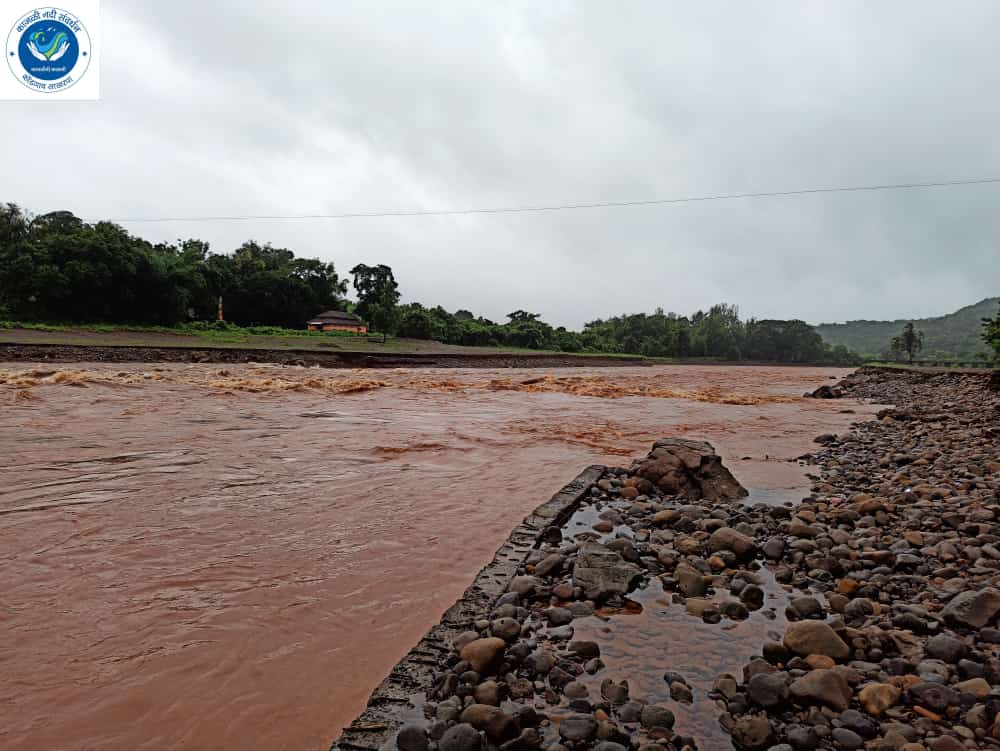 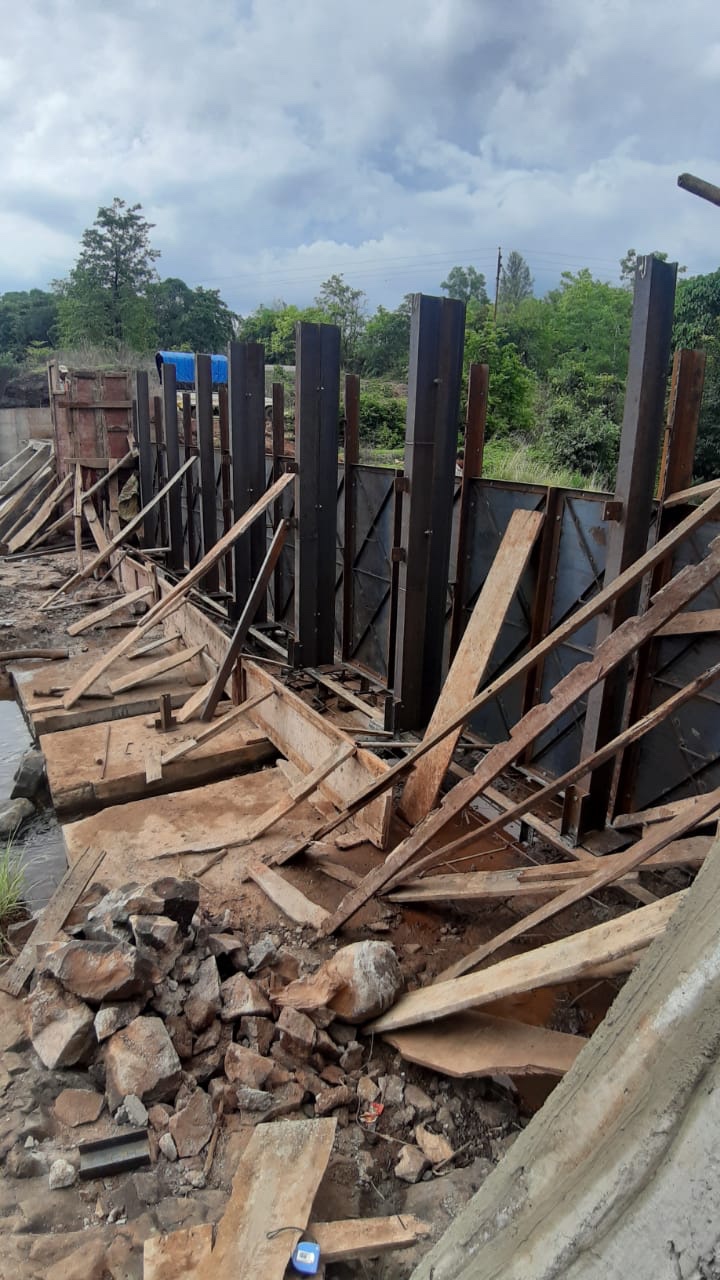 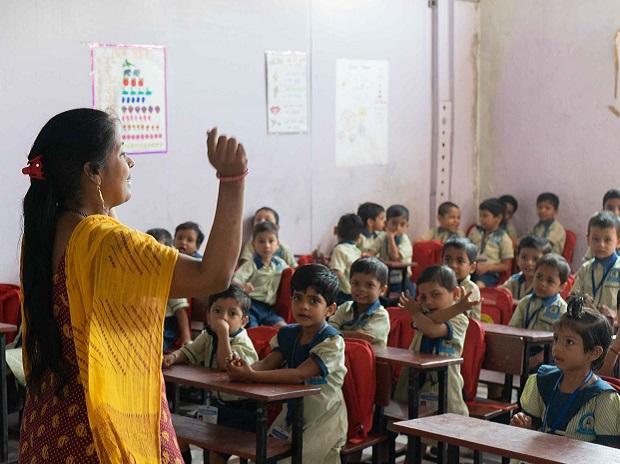 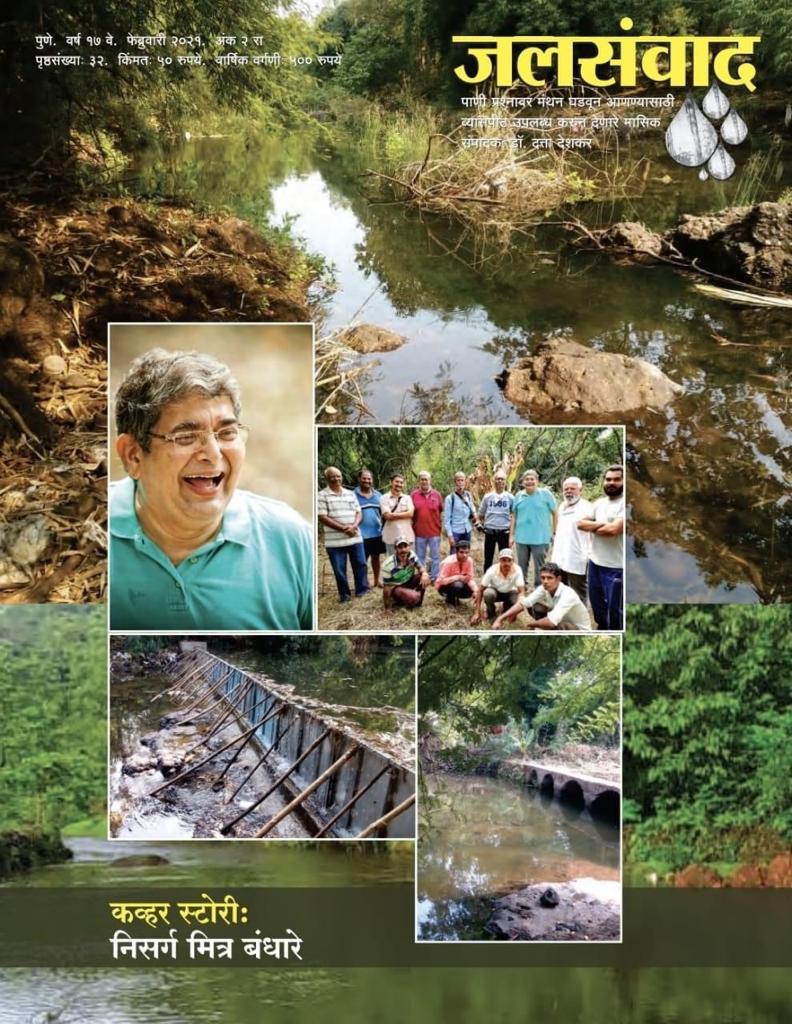 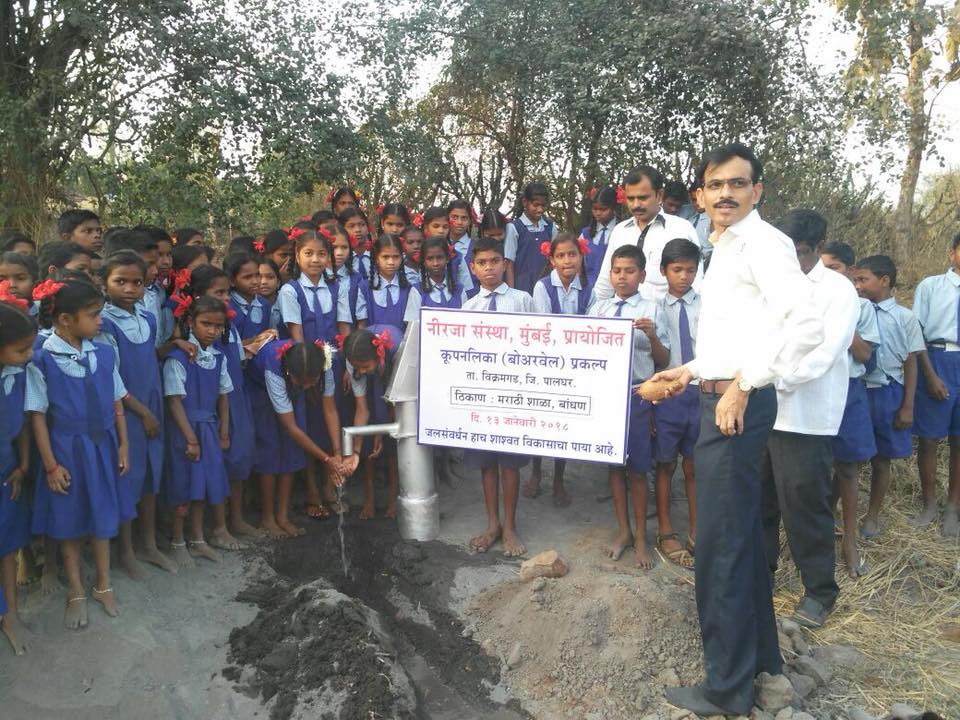